Little did we know.

Real Estate went south fast and furiously. Wall Street collapsed. Insurance companies couldn’t hold it together. Banks went bankrupt. Car companies ran out of gas. And it was only March, 2009. When we thought it couldn’t get any worse, Ed McMahon passed, and open the door to the parade of celebrities that left us behind. Michael Jackson, Farrah (that had the bad luck od passing on the same day as MJ), Billy Mays, Steve McNair, Patrick Swayze, and many more. Then, to top it off, The Ballon Boy incident stopped the country –the world?– for more than two hours, only to discover that it was a very expensive publicity stunt.

Oh, talking about expensive, I almost forgot to include Maddoff and his 50 Billion stunt. That was a great trick.

Needless to say, we needed two things quickly: a drink, and for this year to be over as soon as possible. 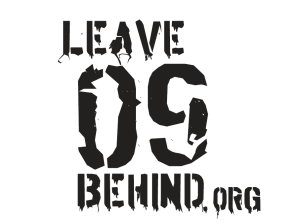 So that’s how Leave09Behind.org was born. The idea came by itself: to end 09 as soon as possible (on November 30); a month before so we can get a head start and move on to the next chapter already.

This way we can show the world that with all that positive energy we receive the new year, every year, we can get this thing going in the right direction. And hey, if we can squeeze an early New Year’s Eve party, why not?

By the way, you might be asking what would happen to December, if we end the year on 11/30. It will be called Pre-January 2010 so next year will have 13 months instead f 12 but we are sending a petition to Washington to see if they can approve the change.

Check out the website, sign the petition and go to one of our parties if you are in the area.

But more importantly, get as much energy and good vibe as you can, and help us get it right for 2010.

It’s up to us make it happen, and leave all the negativity past us.